Thirty-eight-year-old Deepak Vadhani, who was injured in the August 25 bomb blast, A resident of Amrut Kunj building in Pestom Sagar, Deepak was seriously injured in the Zaveri Bazaar blast. At least 52 people were killed and over a 100 injured in the twin blasts that rocked Zaveri Bazaar and Gateway of India on that day. Vadhani, a diamond jeweller, works at Dhanji Street. A daily visitor at Diamond Merchant Association Hall, Vadhani left for work early on Aug 25. “He was four to five feet away from the taxi where the explosives were placed,” says Ketan Sarvaiya, Deepak’s brother-in-law.


“I presume he was walking towards the hall when the blast occurred. Though he has recovered from the initial shock, he is not able to recollect where he was headed when the bomb went off.”
Vadhani did not suffer head injuries and was conscious when he was admitted to JJ Hospital. After first-aid treatment at JJ, Deepak was shifted to the intensive care unit of Bombay Hospital. “We decided to shift him to Bombay Hospital, as the scene at JJ was very chaotic,” says his father. Vadhani had to undergo surgery on Tuesday, Aug 26. “They found metal pieces in his chest. One of his arteries was also damaged and the hospital had to call in a cardiac surgeon,” says Harilal Vadhani, Deepak’s father.
Harilal was in Wadala when he was informed about his son’s injuries. Deepak’s mother Nalini Vadhani was the first person to receive the news. She says, “For a moment, I could not believe what I had heard. But after the news sunk in, I immediately called my husband.” “My son was badly injured. His pulse was low due to internal bleeding and the right side of his body was scalded,” says Harilal.
By Aug 27, Deepak was out of danger, and has been making steady progress ever since. He has, however, developed a hearing problem due to the impact of blast and is unable to chew food properly. Deepak may be on the road to recovery, but the impact of the blast is evident on Harilal’s face. He says, “I am 73-years- old and it was very difficult for me to witness all this. He is my only son and the only earning member of the family.”
According to Dr Ashok Gupta, the plastic surgeon who performed the operation on Deepak, “He will be better in a month or two.” Six bomb blast patients were admitted to Bombay Hospital. While five had been discharged, Deepak Vadhani was undergoing treatment. 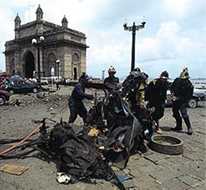 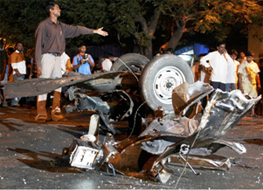 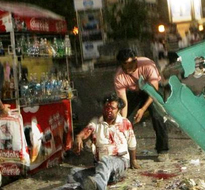